After a career in the field of communication for large industrial companies, she chose to follow her profound poetic vocation, ranging from various disciplines, from the contamination of artistic expressions to the union between poetry and music. In November 2004 she presented at the San Salvatore Theater in Lauro Opere, her first collection of poems, a show that was then repeated several times in the following years. In December 2005 she brought the recital La poesie di Francesca Merloni to the Gentile di Fabriano theater. In 2006 she was a member of the organizing committee of the exhibition Gentile Da Fabriano and the other Renaissance. In September of the same year she brought her poetry collection Passo delle Costellazioni to Castelraimondo for an UNICEF solidarity evening directed by Luca Infascelli, music by Emanuele De Raymondi. The show was also staged in the context of Opere Festival at the Castello Odescalchi in Bracciano, at the Antico Borgo Seghetti Panichi in Castel di Lama and the Museums of San Salvatore in Lauro in Rome. In December 2007 she returned to the Gentile Theater in Fabriano with the show of poetry and music Elice. In 2008 she participated in Narrating Organizations, the operational value of stories, at the Palazzo delle Esposizioni in Rome. Also in Rome in the same year she performed the poem concert Come se avessi sete, three monologues, on original music at the Palladium theater. The show was then repeated at the Raffaello Sanzio Theater in Urbino, at the Lo Spasimo theater in Palermo and at the Leonardo da Vinci Auditorium in S. Donà di Piave.

She is the creator and artistic director of Poiesis, an exhibition of music, art, poetry, philosophy and cinema. The first edition of Poiesis – Passion in the city of doing was held in Fabriano in 2008. The great success of the event has led to revive the initiative also in the following years: in 2009 the second edition was held Poiesis – Anima Faber, in 2010 Poiesis – Mother Earth, in 2011 Poiesis – Fratelli d’Italia and in 2012 the fifth edition Poiesis – La grande Opera.

In recent years Poiesis has brought guests such as Gérard Depardieu, Sinead O’Connor, Francesco De Gregori, Michael Nyman, Vinicio Capossela and Goran Bregovic, works of the caliber of Maddalena Penitente by Caravaggio, Le Baiser by Rodin, masterpieces by Tiziano, Gentileschi and Carracci and contemporary visionary artists such as Bill Viola, HA Schult and Julian Schnabel. In March 2009 she brought the show Rosa del senza nome, a paraphrase of Monteverdi’s Magnificat, a reciting voice on an original text accompanied by the Marchigiana Philharmonic Orchestra, to the theaters of Senigallia, Fabriano, Jesi, Macerata, Fermo and Ancona. In June it was staged in Rome with Verso Sera, a concert of her verses accompanied by music.

In the same period she held other concerts of poetry and music in various Italian cities and in October of the same year she brought to the Palazzo Ducale in Gubbio Poesia & Incontri, a show in homage to the poet Mario Luzi. She began the 2010 season of shows with La Terra di Eva, a poetry concert at the Bonaiuto Chapel in Catania. In April of the same year she performed at the Abbey of Montecassino with a concert of poetry and guitar. In the same year she performed for UNESCO in Paris with maestro Giorgio Battistelli in the show Experimentum Mundi. In December she held the concert Damien Sneed and the Levites at the Teatro dell Orsa in Genga. 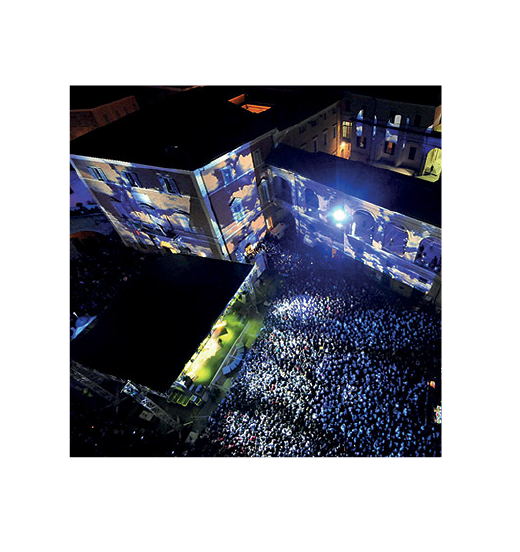 In May 2011 she returned to the theater in the context of Poiesis with La Veneziana, a show based on an adaptation by Roberto Mussapi. In September of the same year she went on stage in Paris for UNESCO with a concert of poems written by her accompanied by the music of pianist Danilo Rea. In May and June 2012 she was also in charge of the artistic direction of Poetico we don’t stop also in Fabriano and in the same year she became a columnist for the weekly left. She was a great supporter of the candidacy of Fabriano as a UNESCO Creative City and on 18 October 2013 the Marche city was named a UNESCO Creative City for Crafts and Popular Art. On 17 September 2013, she was awarded the UNESCO “Ombra della Sera” Culture Award in Volterra. Between the end of 2013 and 2014 she performed in Fabriano, Rome and Porto Sant’Elpidio La Guardiana a show of music and poetry, which she wrote and interpreted, with the scenic sculptures of Gregorio Botta, the original music of Danilo Rea and soundscapes of Martux-m. In 2014 she promoted in Fabriano the I Forum of Cities Creative Crafts and Folk Art UNESCO “The ideal city” with the aim of structuring a stable relationship between the cities belonging to the UNESCO Network. A very successful initiative that was then replicated in Fabriano in 2015 with the II Forum of Cities Creative Crafts and Folk art UNESCO “The real city”. 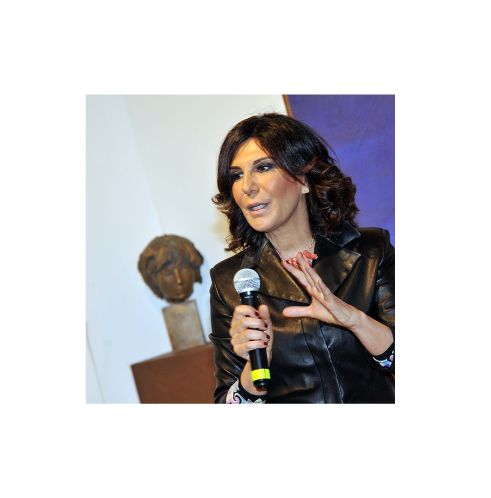 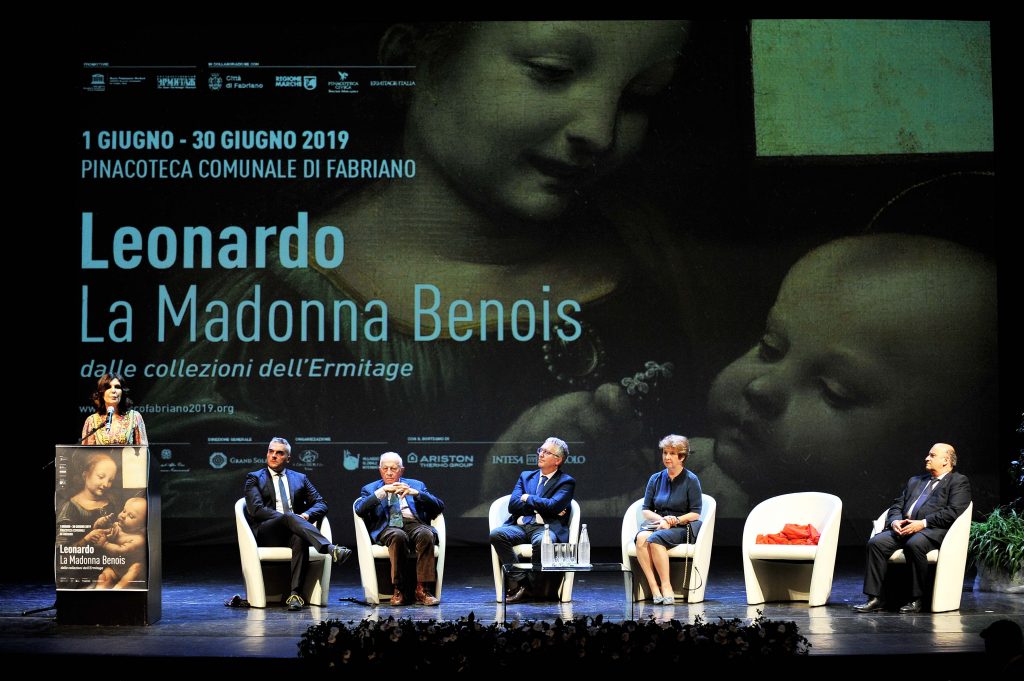 In 2016 she published the collection of poems Perfect in love, presented in August at the San Salvatore Theater in Rome. In October of the same year she was the creator and promoter of Common Place” review of art, reflections and music for the city, held in Fabriano to discuss and rethink the concept of the city itself. In February 2017 she performed the show La Guardiana with Gianmarco Tognazzi and Remo Anzovino on a tour that touched the whole country, passing through the theaters of Castel del Monte, Taranto, Copertino Castle, Mantua, Rimini, Ravenna , Forlì, Gardone Riviera, Novafeltria, San Ginesio, Sarnano, Pesaro, Desenzano, Gargnano, Sirmione, Toscolano Maderno, Salò, Brescia, Torri del Benaco, Melfi, Ariano Irpino, Egnazia and Villacidro.

After the seismic events that severely hit central Italy in 2016, she put her energy into the project Rinasco, the Cities for the Apennines. In July 2017 the city of Fabriano was animated by meetings and round tables based on the themes of art, heritage, projects for a sustainable renaissance after the 2016 earthquake. Precisely because of its commitment to promoting creativity as a vector for social, cultural development and economic, October 4, 2017 at the UNESCO headquarters in Paris she was awarded the title of UNESCO Goodwill Ambassador for Creative Cities. 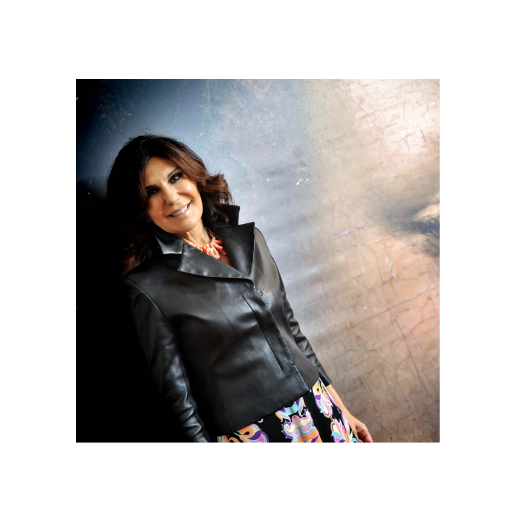